This statement would have made me cringe at one point. I have never been big on accepting what is, I always want to create what I want. Make it more fun, more exciting, more adventurous.

Accepting what is, to me, meant that I was OK with what was, that I was agreeing with it, condoning it and not wanting to change it. Now I know that is no longer true, for me anyway….you get to choose what you believe, right?

So recently a friend whom I went through hypnosis certification with came over and did a hypnosis session for me. Hypnosis is one of my favorite tools, you can bypass the conscious mind, access subconscious memories and awareness that the ego and the conscious mind do not want to talk about. You can go back and see when patterns and beliefs began, you can heal emotions and fears you do not understand and so much more!

In this session I went to 2 past lives, ones I had never accessed before. It was very powerful, very enlightening, very healing. In both these lives there were many things that related to the current challenges I was having. But what was most impactful to me was the peace, the acceptance that both these people felt.

From the outside they both appeared to be very sad, oppressed, abused and neglected. They did not have lives I would choose or envy, they were alone and had no self esteem, they had experienced loss and cruelty.

So why did they both have such a sense of inner peace?

This was amazing to me, I always felt that you had to change and create as much before you could be satisfied with life, happy, content. In fact I came out of the session, and felt immediately that me, now, Nan, it felt like I ‘fight with life”…compared to how it felt to be these other 2 people I had so vividly embodied.

It boils down to acceptance. They were not saying I don’t want more, or it is alright for people to have treated me so badly, but they did not “argue with reality” as Byron Katie says.

In fact as I embodied a poor, abused man in the deep south, I realized what he said was in fact true:

“That’s just the way it is..” he said. He in fact wrote a book with that title later in life. He was able to help people because he had a peace inside him, despite all that had happened to him, he had inner peace. He did not try to change people, he did not judge people, he simply knew “it is what it is, it ain’t no body’s fault, it’s just the way it is”. He did not fight what was, he felt peace. Acceptance was his world, and that calmness emanated from him and helped others.

Do you accept what is? Do you fight it, defend it, argue with it? Do you feel like a victim, wronged, taken advantage of, owed something? Well then you are not going to feel peace, you are not accepting what is….

If you are interested in experiencing the profound healing of a past life regression, go here: http://www.createyourownrealitynow.com/services/ and click on the “Add to cart” button and then I will email you to set a time for a session. Looking forward to assisting you in clearing your life and living in joy! Nan

Gaia, Lakshmi, Sekhmet invite you to abundance and new growth 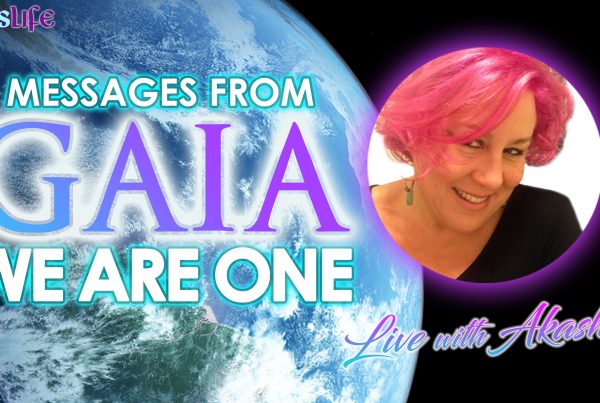