By DonnaDecember 9, 2021Blog
No Comments

I know my clients are having HUGE shifts after their sessions. Even physical ones that they can easily see are the result of the soul session.

It is so stunning to see the immediate manifestation from consciously stepping into your path.

With 2021 ending it is a time to really accept and allow what is coming up, let it go, and don’t hold on anymore.

You have been shifting all year and this is culminating this month into a big completion.

Cristian, Vianey and in the Temple on top of Kukulkan’s Pyramid,Mayapan

Last weekend was the new moon eclipse and I sooo enjoyed having the >Mayan Ceremony< at our house, and then going to the ancient Mayan city of Mayapan with our Aztec and Mayan friends (photos in this email are all of our amazing trip to the site and meditation on top of the Kukulkan Pyramid).

I was dancing on air, blissed-out, doing my most beloved things, sharing it with you, and being with people I value and respect because they follow their heart and do not chase after more, more, more…

Pyramid of Kukulkan from the West Observatory Door

This is a fantastic site we will go to in March for the >Mayan Equinox Retreat<. You can climb every building and we meditated for almost 2 hours on top of the Kukulkan pyramid in the sacred temple of ascension at the top.

Chris at top of the Pyramid. You can see the head and tail of the sacred Kukulkan on the ground. When you entered the temple you went around and shed the old and emerged new.

Sunday night (after the ceremony but before we went to Mayapan) I barely slept all night.

I felt like my body and brain and ears were being removed and rearranged. The pressure was intense and when I thought of doing something to relieve it, it slowed down and then I would relax and it would ramp up again.

It felt like a big freeing from my body’s lifelong patterns of inflammation, infection, allergies, and disconnection. It was dismantling my self-image too.

Have you had some intense experiences lately?

It means you are in your ascension transition and ‘sickness’, pain and strange experiences are common.

Freedom is our destination.

I accepted it, watched it, and stayed in a space of gratitude and awareness.

This is what I have learned in decades of spiritual work, healing, energy medicine, shamanic journeys and mystery schools, and ancient wisdom.

All of my life has prepared me for this time – from breakdowns to successes.

Your life has prepared you too.

Maybe you never knew it, but it is true!

Observatory, Pyramid (we were on top of) Cristian, Vianey, Chris.

When I was on top of the pyramid I went deep into an altered state.

I was sitting at the entrance to the sacred temple on top. I was on the head of Kukulkan (the sacred serpent god/guide who shows us how to go with the flow, shed the old, and reclaim our true spiritual powers) one of my most powerful and beloved guides.

First, the pyramid opened beneath me and I felt my root going down through it and into a circular chamber beneath it. It was like a shell, where the walls spiraled and you could not see what was beneath.

Slowly I left my body awareness and began to feel the fullness of the power, sacredness, and wisdom contained in this site.

The head and eyes of Kukulkan (called Quetzalcoatl by the Aztec) appeared in front of me, looking directly into me.

As I accepted this gift I felt an earnest message “release now. There is nothing left to grasp. You can be free”…

Me after I climbed back down the pyramid. After my experience on top, full of light, I took this photo without any idea of what it looked like. These kind of miracles happen all the time here!

As a merged with it effortlessly I allowed myself to become more light. I became lighter and lighter and expanded into the surrounding area and all the wisdom it held.

I began to see the canamayte in front of my face – over my forehead (see the PS for more info on the canamayte sacred geometry pattern).

Eventually, it formed a doorway shaped like a diamond eye and I knew it was opening my 3rd eye and showing me how to open direct access to the “all-seeing eye” (all wisdom of light).

The sacred geometry pattern began to move, becoming multidimensional, it was at once a circular spiral space and an angular diamond that merged and floated into different configurations.

The diamond shapes merged and slowly formed a new diamond/eye-like shape over my forehead. This was like a secret door opening and in I went.

When I emerged it felt like 30 minutes, but it was almost 2 hours. Timelessness is one of the gifts of this work.

I feel divine all day. Happy, lighter, and filled with positive potential.

I know abundance is real. We are at the limit.

The Observatory at Mayapan. The Maya were brilliant astrologers and mathematicians and built everything to follow, track and study the movement of many cycles. It is perfectly aligned to the directions and the sun. Inside there are small places for the “watchers” to sit where you can see through 2 directional doors.

I love what I do because it is my personal and soul path to see and move energy and understand realms and energies beyond our perception.

I get to help you and make a difference for many people. I get to learn more ancient wisdom and be healed by becoming more me and shedding the old false limits.

Cristian showing us the sacred math in this Chaak Rain God Carving at Mayapan. Chaak is the headdress he had on during our ceremony.

This all feels good, yet in the middle, I am unraveling and it isn’t easy.

Remember that. The false idea that it “should all be easy” keeps you from the gifts flying to you right now.

You are on a path back to your eternal soul.

It is time for you to receive the visions of your true self too.

My Birthday Sale Starts Tomorrow in the >SHOP<

Sacred Serpent Geometry: The Canamayte Pattern is the basis of all Maya art, science, astronomy, music, and architecture. They were the first and most sophisticated of all civilizations. They knew before Plato and with more precision the mathematics of life.

The pattern on the snake’s skin is in the form of a crossed diamond, or the ‘Square of the Venus Round’ or “Plato’s canted squares” pattern. Knowing this they built massive buildings with incredible precision aligned and imbued with the sacred geometry to celestial events.

This pattern showed them everything from how to manifest to how to predict the future millions of years out! (Be careful if you have beliefs that say serpents are evil. This is the opposite of truth, this is your path back to the divine nature that is your truth. The belief that snakes are evil was so firmly embedded in the earth (mostly by religions of control) that still today people react with fear and suspicion. Think about what that does… it makes you stop and not access wisdom and knowledge that is your true divine nature and power. This is about you taking your power back and freeing yourself of the old limits. It is a beautiful gift).

Chris climbing the pyramid. SOOO worth the effort. Everything you do now to leave behind the past is worth it. Trust and move into your own abundant flow.

For the Maya, the sacred (ku) was self-sustaining, eternal, infinite. Movement and measure was their motto… flow. Shedding the old to grow into the new.

Their knowledge of mathematics and geometry was based on precise observations of nature’s forms and they were raised up in consciousness by listening to this wisdom. The intention was to create a balance of enduring essence with the environment.

They lived in both worlds – physical and spiritual, in all moments. They knew they could rise out of fear and into true power by living this balance and truth.

You can join me in person for the >Mayan Equinox retreat<.

You will experience these sacred energies and visions yourself. You will enjoy pampering, delicious foods, and a cacao ceremony.

We will visit pyramids for deep activations and guided journeys. YOu will access deep wisdom from the land, ocean, and ceremonies. You will be freed of the old and enlightened and healed. 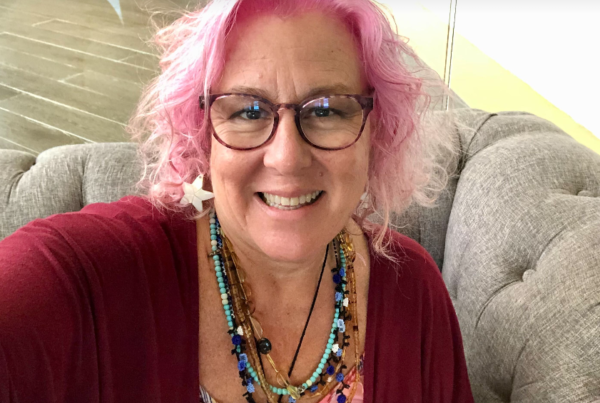 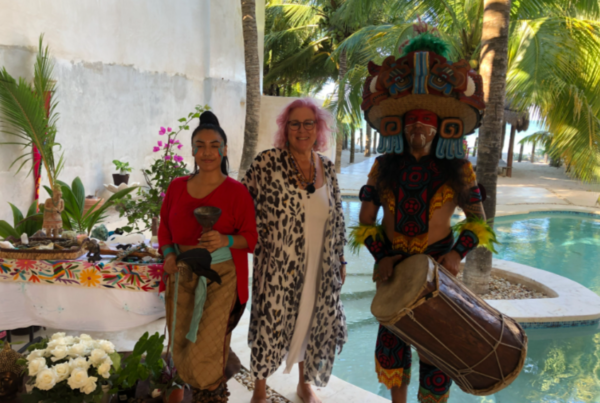