Experience an Ancient Maya Solar
Initiation on the Equinox!

If you wish to discuss details or get travel info Email

Experience an Ancient Maya Solar Initiation on the Equinox!

2021 is an ALL NEW ENERGY GAME!
It is time to AWAKEN the SEAT OF YOUR SOUL and Live from Infinite Source Abundance!

This Special Spring 2021 Equinox we will spend 5 days ACTIVATING YOUR PINEAL GLAND – your 3rd EYE and Re-Aligning your 7 Personal Chakras to the New Frequencies of 2021, Unity and Golden Spiritual Sunlight!

Our healing temple will be our beach house on the Flamingo Coast of the Yucatan, on the cusp of the ancient meteor crater in Chicxulub. Surrounded by emerald waters, ink salt flats, birds and palm trees, you will soak, hug and be infused with love, peace and harmony in our daily healing sessions designed to go deep into your essence and release the old and reveal your seeds of light within.

Wash away your past and prepare for the golden decade of 2021 – of in this Sacred Healing Space with a Maya Shaman Ancestral Healing, Water Purification at a Cenote (Sacred Well” underground pure water caves), Sound Healings, delicious food, massages for opening the Chakras, LightBody Yoga for the 3rd Eye and 3 Guided Shamanic Chakra Activation Journeys!
We will be supported and surrounded by nature and flamingos and commune with the sea, sun and moon as we Align to the new Golden Age Energies of Optimal health, wealth and spiritual well being!
We will also enjoy the colonial elegance and beauty of Merida, the safest city in all of USA, central and south America!

THREE DAYS TO CHANGE YOUR LIFE!
March 18 – 22, 2021
Come and Enter into the Mystical world of the Cosmic Maya.
Experience a Chakra connection to the energy vortexes at the Maya sites & Sacred Cenote, and receive the powerful effects of these inter-dimensional doorways!

Considered to be the Mother City of the Yucatec Maya, it is possibly the oldest spiritual city (1000+ BC) in northern Yucatán. This is the sacred city where ITZAMNA, First Father, and First Shaman came down from the sky to transmit his wisdom to the Maya people, giving them the first Crystal Skull. This is a sacred site for Initiations and the site of our Sunrise Solar Initiation at the unique Temple of the 7 Powers (Chakras).

As we enter this Maya site we will be prepared to attune to its’ special vibrations. You will experience the light-energy purposes for which it was created as you walk the long white road (Sacbe) toward the Temple of the Seven Dolls (Powers) in Dzibilchaltún, you’ll sense the energies of initiation.

This very ancient site was a major initiation center into the Maya mysteries. When the equinox sun rises through the central door of this temple, and the brilliant rays strike your eyes and forehead, you receive the solar initiation through the 6th Chakra that activates the entire seven-chakra system.

Dzbilchaltun is best known for the Temple of the Seven “Dolls” (Rays or Powers = Chakras). It is dedicated to the transitions of Death and Life, the Sun, Stars, Moon, Time and the Seasons, and stands on the “White Road to Enlightenment”. This is the anchoring site for the Pleiadean Star Cluster. The Equinox Sun Rise Archaeo-astronomical Event and Ceremonies, here, are magnificent. The Equinox Sunrise bursts into the room of the temple lighting it like a brilliant star. During the time of the Equinoxes, this Temple is known as the Temple of the Seven Rays and activates all Chakra Centers and aligns the Spirit bodies in preparation for the use of this Multidimensional Gate.

This gate connects this Maya Temple of the Seven Powers to the Temple of Ra in Egypt through an Inner World Spiritual Serpent Tunnel (Vortex), linking the Transmission of Ra (Sun) Light to the frequencies of both temples. Dzibilchaltún’s sacred precinct holds the World Tree Axis, a giant stela that represents the Four Corners of the World. This Axis Stone is illuminated at dawn on the equinoxes and the focus here is on the balance of light and shadow.

The Temple of the Seven Dolls is a primary site for the rituals of the Mayan Fertility Cults. There is no “Male or Female” here…here, they are One, the same, with an overwhelming feeling of innocence and acceptance. Dzibilchaltún is a major Initiation Center for the Mystery Schools of the World. The focus is on individual consciousness. One of the first known sweat baths is here and was used for purification and initiation rights by the priest-craft. – Lion fire

Far far away, behind the word mountains, far from the countries Vokalia and Consonantia, there live the blind texts. Separated they live in Bookmarksgrove right at the coast of the Semantics, a large language ocean. A small river named Duden flows by their place and supplies it with the necessary regelialia. It is a paradisematic country, in which roasted parts of sentences fly into your mouth.

Even the all-powerful Pointing has no control about the blind texts it is an almost unorthographic life One day however a small line of blind text by the name of Lorem Ipsum decided to leave for the far World of Grammar. The Big Oxmox advised her not to do so, because there were thousands of bad Commas, wild Question Marks and devious Semikoli. 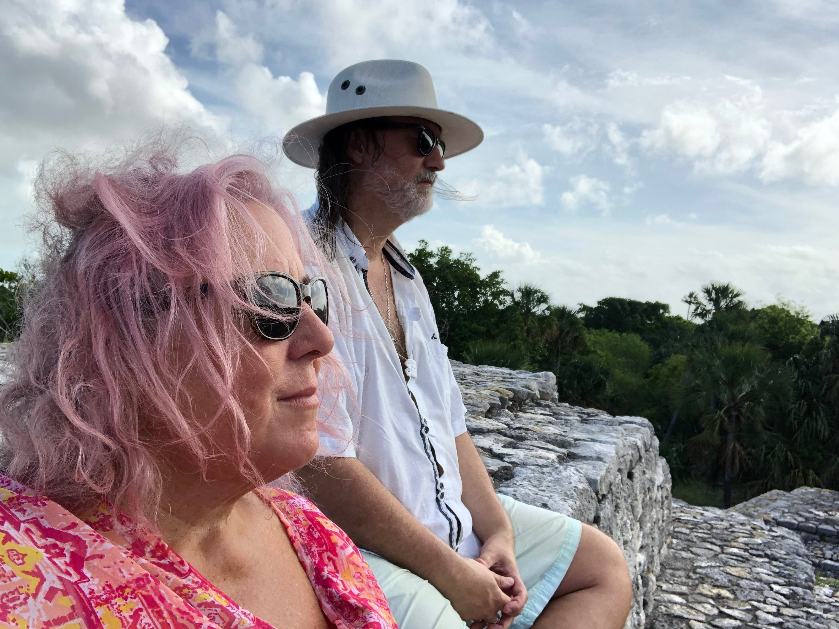 “I am so good!! I really am a different person!
Since I’ve come home all the things that would frustrate me and upset me annoying me or anger me, no longer do, and if they start to I could see how my energy is going into old patterns and I can make a decision and take a next step back into my flow. This is Major!!”
I woke up really happy and fired up to go and instead of judging how much I had accomplished the day before or not accomplished, I looked around felt joy look at all I did look at how much better things are. This is helping me to see my chronic patterns that try to hold me back or tear me down, and my interactions with my family have dramatically transformed. I’m definitely coming back to the next retreat!”

“Before the end of the retreat. I could see and understand what you see more and things are manifesting quickly... and the most powerful and magical was at The top of Cobá Mayan Pyramid, on the equinox, when I realized I had my special guide... (from Atlantis) That was the first time during a guided meditation, with my pineal gland activated I could really experience, see and feel my guide merging and connecting with me...the colors along with an explosion of bliss… And my life has truly not been the same since...I can easily connect any time!”

“Hi - grateful again for all of you , your guidance friendships and love ....
Thank you Nan and Chris once again for a profound experience that goes beyond my human words. So I will just say love and Light may peace be with you and I hope many have the abilities to experience joy and pure bliss as I have felt this last week.
”

“It was an amazing 10 days for me. I have changed so deeply in my thoughts and my beliefs in this short time. Deep gratitude to Nan and Chris for creating this possibility for me and others!!!
Each of the members of the group also provided me deep insights into my self and the nature of our reality. I connected deeply with each of you and for that I am forever blessed. I choose to allow a whole lotta that into my life from this moment onwards. Love and light to you amazing beings! Thank you all!”

“I came to swim with the dolphins, that was a 10 year dream that I brought into reality, and it was beyond great, there’s no way to put into words the level of awesomeness of that experience.. We got to BE Dolphins!
Swimming with dolphins, especially without a trainer. Teaching them new communication ways, and being a part of the next level with them…”

“This retreat was much bigger than an experience, I do not even know what to call it, it is so beyond an experience. I will be processing these shifts for awhile.”

“Wow Nan, what a gift, you actually had access to the temple, W O W ! ! !
Pretty sure this was one of many unique magical experiences you guys had. I know when Nan is around.... you will never know whats gonna happen next!.”